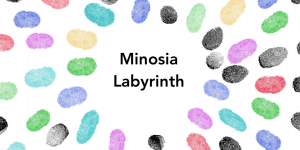 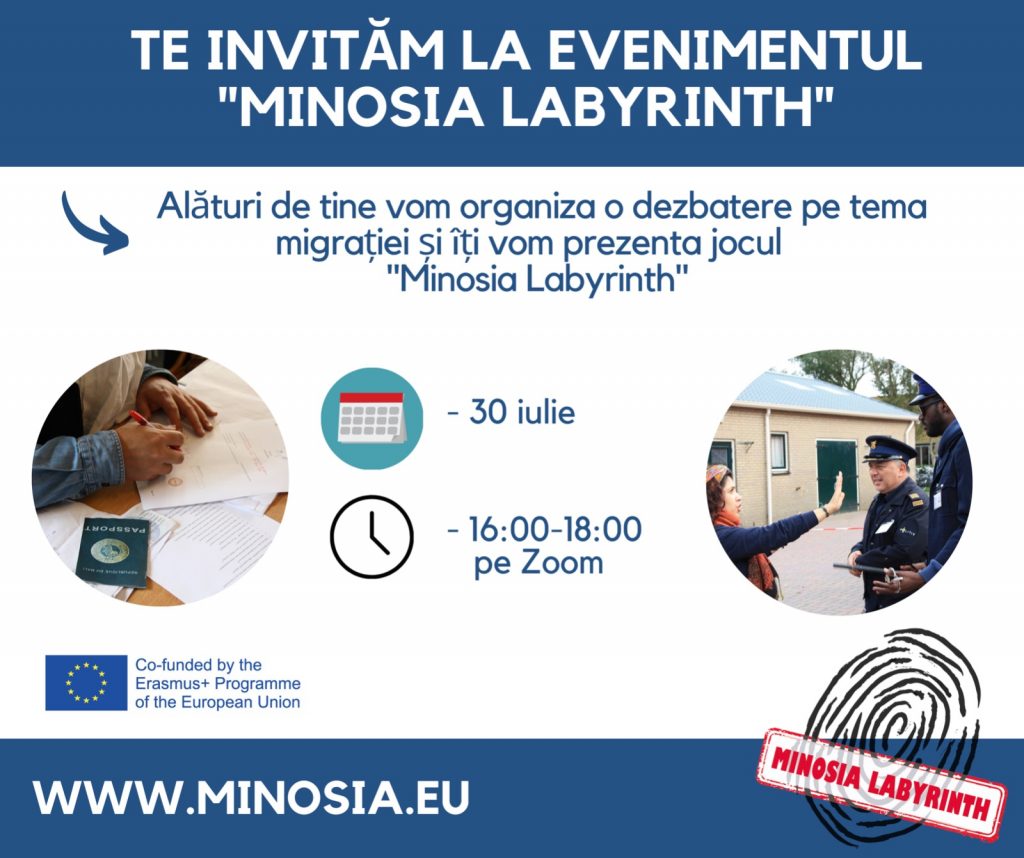 “Welcome to Minosia” is the message received by those who had the opportunity to explore the educational game “Minosia Labyrinth” about inclusion and migration in the multiplier events. Although the current conditions have not allowed us to experience it as it was envisoned to be implemented, together we have gone through some of the key elements to understand the complexity of this LARP game. The events began with a brief introduction that this project was developed by the international partners out of the need to respond to the xenophobic reactions after the wave of migration to Europe during 2015-2016. Also, to create an educational tool to help raise awareness of the issue and an empathic understanding of the migration experiences of those whose lives and safety are endangered. Part of the program, the special guest at the online event, Ana Cojocaru representing the National Council for Refugees brought us updates about the situation of refugees in Europe and Romania.

For example, approximately 3,500 refugees live in Romania who have the right to education, work, housing, health care, social benefits and documents. In fact, all these have been considerably affected by the COVID 19 pandemic and many procedures for obtaining some of these rights have been postponed, even stopped. Having reviewed the current context of the central thematic, we returned to the key element that can clarify the complexity of this migration process, practically, through which migrants and refugees  are faceing before and after crossing borders to Europe. The most recommended and handy way for you to have a clearer picture of how the game is put into action, but also what are some of the impressions of the players, both in the role of migrants / refugees, but also in the roles of certain representatives of different institutions and organizations  that come in contact with them, we invite you to watch the promotion video – https://www.minosia.eu/ro/promo-5/. 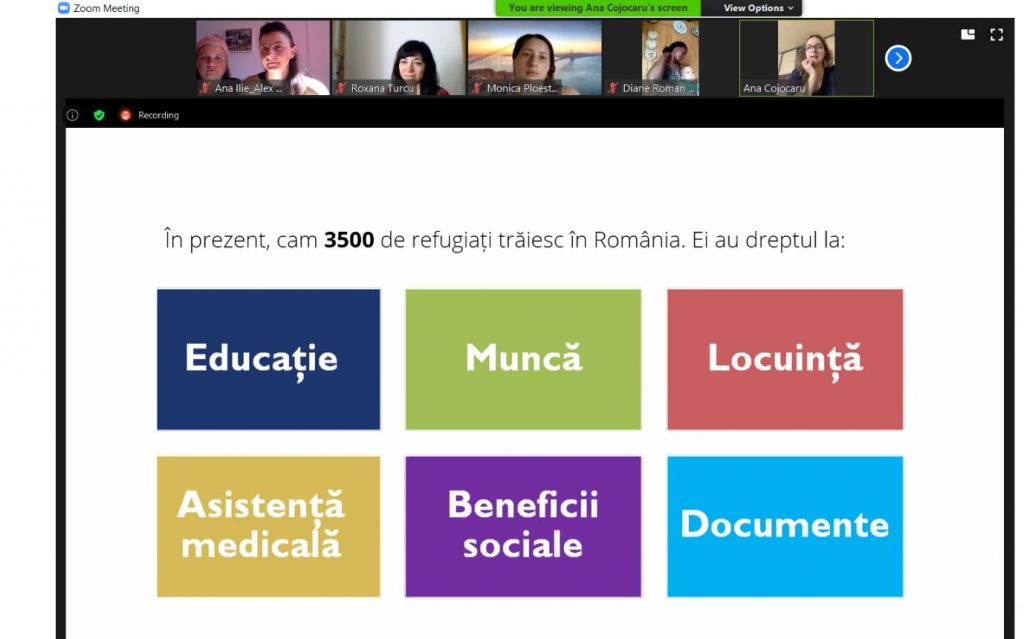 The more technical part, that includes documents necessary for such an educational game to be used, can be found in the toolkit “Minosia Labyrinth” for the European version of the game – https://www.minosia.eu/toolkit/  and in the toolkit “Labirintul Minosia ”for the Romanian version – https://www.minosia.eu/ro/toolkit-5 .  Also, there are three other versions – German (solar e.V.), Italian (CIDAS) and Dutch (Refugee Company) which belong to the other partner organizations in the project. Each version is adapted to the situation of each country in terms of legislation, but also to the specifics of migration.

Finally, within the multiplier events we identified together where this game could be applied. It is relevant for a wide range of groups as its awareness goal is quite comprehensive and many people have difficulties even to make the distinction between migrants and refugees, as well as between their reasons for movement. Thus, schools, high schools, professional groups, representatives of institutions, organizations, companies, etc. can follow, on the one hand, the itinerary before and after crossing borders in the role of migrants, refugees, asylum seekers, and on the other hand, to have the role of those who are in direct contact with them and process their cases – border guards, lawyers, NGOs, journalists, etc. Nevertheless, the simulation of such a game offers an opportunity to internalize more the issue of inclusion and migration, to become more aware of the implications around it at the local and  global levels. The game can have between 20 and 40 players, with a minimum duration of 5 hours, maximum 2 days, it can be adapted depending on the age, but also on the experience of the players. If such an educational tool might be of interest to you or your organization, contact us at office@artfusion.ro to guide you to unravel the Minosia Labyrinth.

The project “In the footstepts of a migrant” is organized with the support of Erasmus +, a program of the European Union.